Home» Blog » A Major Problem You Can Avoid When… 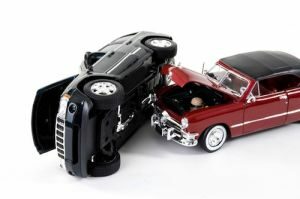 A major problem with purchasing or renewing car insurance is that you “think” you have coverage, when in fact, you do not!

It happened again today.  I got a call from a potential personal injury client who was injured in a car accident that was not his fault.  As we were speaking about the specifics of his case, I asked him if he had Personal Injury Protection (PIP) coverage as part of his car insurance.   He said he “thought” he did until he checked with his insurance company “after” he was injured and was now incurring medical bills.  His insurance company informed him that unfortunately he had “waived” his PIP coverage.  His insurance company produced a document he had signed earlier as part of his renewal of coverage.  However,  he had no recollection of this document and was shocked he had signed it.  He told me he never remembered signing any such document; recalled no conversation with his insurance agent about it;  and, explained it was certainly never his intention to waive his PIP coverage.

PIP coverage is no-fault medical pay coverage you can purchase as part of your coverage on your car.  Under Washington statute, insurance companies are required to offer it to you.  The same is true for Underinsured/Uninsured motorist coverage or UIM.  The only way you cannot have such coverage is to sign a waiver with your insurance company that you do not want it and are refusing the coverage.  Seems the State of  Washington is pretty concerned that its motorists have access to this coverage.  So much so, drivers have to take deliberate measures not to have it.

I wouldn’t be too concerned or think too much of such a scenario if it were a rare occurrence.  However, I have heard this same story way too many times and find it very disturbing.  This coverage is relatively inexpensive and very, very valuable to have.

In Washington, the insurance company for the person that injured you does not pay for your medical bills until the matter is completely settled.  In other words, there are no medical payments from the at-fault driver’s insurance company until you sign a settlement release of the entire claim or there is a jury verdict.  So, PIP coverage really comes in handy,  even if you have private health care coverage.  It provides a source of funds to pay medical bills without you having to come up with co-pays or deductibles while your claim is getting sorted out.  UIM coverage provides coverage for you if the person who hit you has no insurance or not enough insurance.  It is not uncommon in Washington for at-fault drivers to be uninsured or underinsured.  Both PIP and UIM are affordable and valuable coverages.

I don’t think insurance companies are properly explaining the value of these coverages to their insureds.  Now, I could give you some cynical reasons why I think this is so.  But, the bottom line is, in my experience, this is happening way too much and it seems to be unintended on the part of Washington motorists.  They don’t know they are waiving these valuable coverages and it is apparently not being very well explained to them by their insurance companies!

So, here’s how you can avoid a major problem when purchasing or renewing your car insurance: Never waive PIP or UIM coverage.  Always make sure you read the insurance documentation before you sign, ask questions, and if you need help, give me a call at (888) 299-0370 or email me at [email protected]  I would be happy to walk you through it! 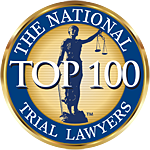 Wonderful staff here. They were all professional, courteous, patient, and caring. He took care of all paperwork and proceedings. I was constantly informed of the ongoing case work and any changes or motions.

Chis walked me through the process. Explained everything up front about the case. Made sure I saw a doctor from an accident. Kept meeting me to insure I was comfortable with the process. He followed up and followed though in a professional manor. Would recommend his service to anyone and everyone.